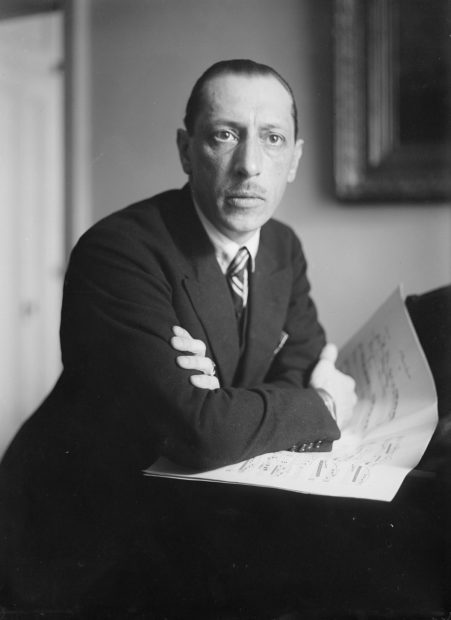 Igor Fyodorovich Stravinsky (June 17, 1882 – April 6, 1971) was a Russian-born composer whose work had a revolutionary impact on musical thought and sensibility just before and after World War I and whose compositions remained a touchstone of modernism for much of his long working life. He is widely considered one of the most important and influential composers of the 20th century.

Stravinsky’s compositional career was notable for its stylistic diversity. He first achieved international fame with three ballets commissioned by the impresario Serge Diaghilev and first performed in Paris by Diaghilev’s Ballets Russes: The Firebird (1910), Petrushka (1911), and The Rite of Spring (1913). The Rite of Spring transformed the way in which subsequent composers thought about rhythmic structure and was largely responsible for Stravinsky’s enduring reputation as a musical revolutionary who pushed the boundaries of musical design.